So... the Rapture did not happen on May 21, 2011 like the crazy preacher Harold Camping predicted.  But that doesn't mean you can't get your fill of apocalyptic movies!  So we here at The Essential Films offer you the Top 20 End of the World Movies that you can enjoy in the post-non-Rapture days.

Many events can cause the end of the world, so they're all explored in this list... whether it's because robots, zombies, aliens or nuclear weapons, the worlds in these films features a human race that is on the brink of endangerment or is about to be wiped from existence.

BEWARE!! AHEAD THERE BE SPOILERS! 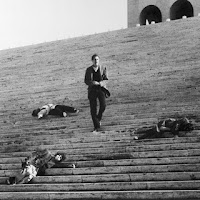 
Dr. Robert Morgan is the last man on earth (duh) after the entire world has turned into vampires.  Everyday he wakes up, gathers his weapons and goes hunting.  I Am Legend is a remake of this cult classic. 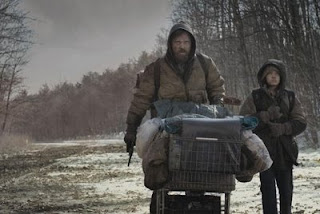 
This bleak vision of the future stars Viggo Mortensen as a father who, along with his son, tries to survive a post-apocalyptic wasteland filled with cannibals. 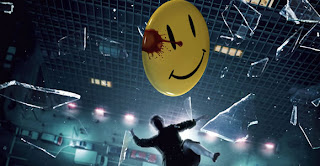 
In this deconstruction of the superhero mythology, the murder of a former crime-fighter sparks off an investigation that leads to the discovery of a world-ending conspiracy. 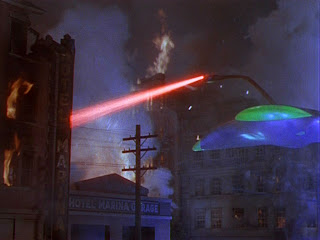 
The original alien invasion film.  Martians invade Earth to take over and the humans can do little to fight back.  This film featured some ground-breaking special effects and heavily influenced the alien-invasion genre. 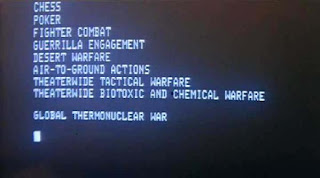 
A young computer genius hacks into a military defense program and accidentally sets of a nuclear scare that could lead towards World War III. 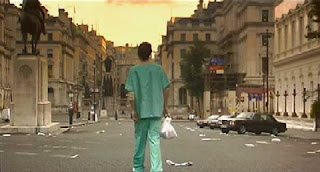 A British man wakes up from a coma to find London completely deserted. He soon realizes that a deadly pandemic has gripped the world, turning its victims into mindless, raging cannibals (or zombies.) 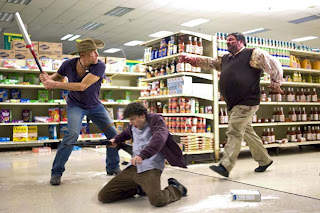 The entire world has been ravaged by a zombie apocalypse.  A handful of rag-tag survivors take a road trip to the West Coast, hoping they'll find some shred of civilization. 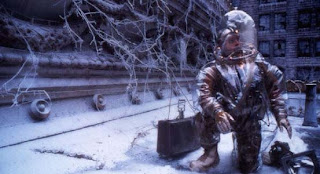 A prisoner from a post-apocalyptic future keeps getting sent back in time to find out exactly how the world ended.  But is he really a time-traveler or his just insane?

I can't go into too much detail without spoiling it... but let's just say this film has the greatest twist ending of all time. 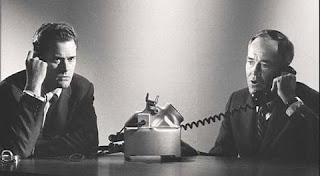 A computer glitch causes U.S. bombers to accidentally drop a nuclear bomb on Soviet Moscow.  The President of the United States must now do everything he can to prevent all out atomic destruction. 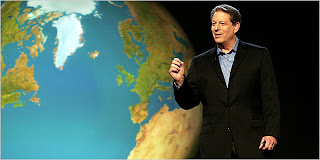 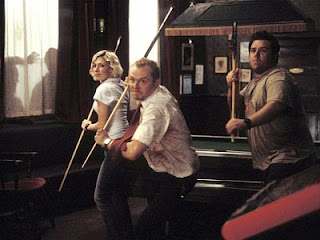 This zombie film does an incredible job of blending comedy, romance and pathos and re-imagining the entire genre. 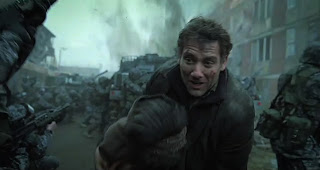 
No zombies, bombs or robots... but it is the fact that there are no more children in the world that is threatening the entire human race. 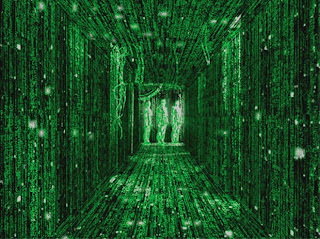 
Once artificial intelligence was created, machines became self-aware and decided they did not want to be subservient.  They rounded up every human on the planet, turned them into batteries, and plugged them into the Matrix: a software program to keep them docile.  A group of freedom fighters have freed themselves from The Matrix and literally fight system.

It's the post-Apocalypse.  It's the Australian Outback.  Gasoline is scarce.  There's a roving band of marauders terrorizing survivors.  Only one man can stop them. 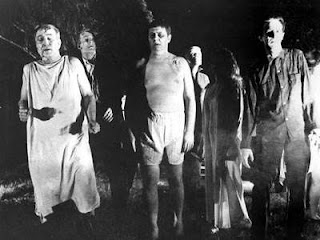 The original zombie movie, and they don't get much better.  The dead inexplicably start coming back to life and a group of strangers must survive the oncoming onslaught. 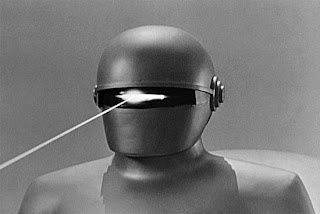 #4 - THE DAY THE EARTH STOOD STILL

Forget the remake, watch the original.  An alien visits Earth and warns them to stop their constant warring... or face the consequences.  A nuclear-age  cautionary tale. 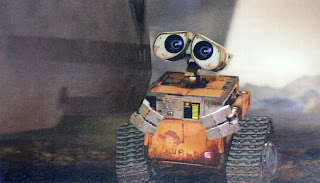 
It's the far future and humanity has become so obssessed with consumerism, that they have created too much waste and Earth is no longer habitable.  WALL-E is an adorable little robot that stayed behind to clean up the mess. 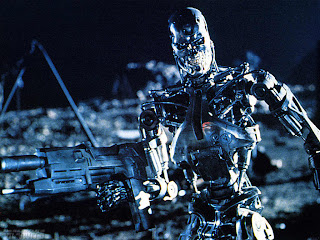 Skynet, the self-aware military defense system, wages war on the human race and gives rise to an army of Terminator robots.  The only threat to their dominance is John Connor, leader of the human resistance.  Skynet sends Terminators back in time to first kill John Connor's mother and then John Connor himself (as a child) to prevent the human uprising in the future. 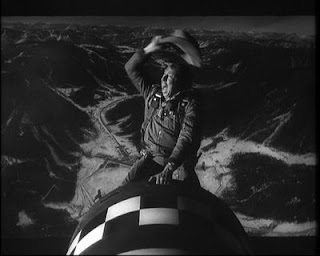 The black comedy answer to Fail-Safe.  Nuclear tensions between The Soviet Union and The United States rise as a glitch accidentally causes a troop of U.S. soldiers to drop an atomic bomb on mother Russia.  A nuclear apocalypse (and the comedy) is imminent.
at May 21, 2011