On January 10, 2016, legendary musician David Bowie lost his battle with cancer at the age of 69. Bowie had a profound impact on the history of pop music and rock 'n roll and he will be truly missed in that industry. However, Bowie also had a significant career as an actor as well. Here we celebrate the Essential David Bowie Films. RIP. 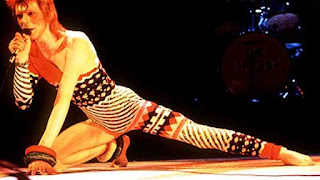 ZIGGY STARDUST AND THE SPIDERS FROM MARS
1973
Directed by D.A. Pennebaker

Documenting the July 1973 Ziggy Stardust and the Spiders from Mars concert at the Hammersmith Odeon in London. Bowie announced that this was the final time he would appear, but what he really meant was this the last time he would perform as Ziggy Stardust. A landmark documentary concert film, with, of course, fantastic music.

THE MAN WHO FELL TO EARTH
1976
Directed by Nicholas Roeg

In the film where he most closely resembles Bowie's Ziggy Stardust persona, Bowie is Thomas Jerome Newton, a humanoid alien creature that has come to Earth to collect water for his home planet.  With his advanced knowledge, he becomes very wealthy by patenting alien technology on Earth. The fortune he's amassed will help him build the spaceship he needs to return home, but will he ever get there? 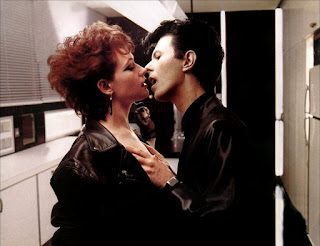 THE HUNGER
1983
Directed by Tony Scott

Bowie plays John Blaylock, who has been promised eternal life by Miriam, his vampire lover. But Miriam is tiring of John, who now fears for his life. Betrayed, he seeks the help of Dr. Sarah Roberts, a research scientists who studies aging in primates. But soon Sarah gets caught in Miriam's web. 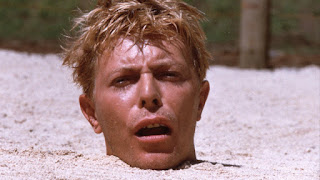 In this World War II era film, Bowie is Capt. Jack Celliers, a prisoner of war in a Japanese prison camp. Captain Hanoi, a strict disciplinarian, is mystified by the British officer's surrender, thinking him a coward who should have committed suicide honorably. Vastly underrated and under-seen, the film explores themes of honor, loyalty and courage. 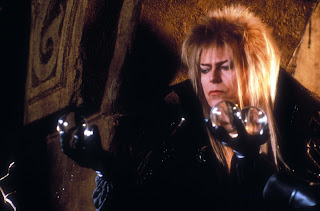 For children of the 1980s, this is their most beloved David Bowie roll. Jennifer Connelly's Sarah, a troublesome teenager, accidentally allows her baby brother to be kidnapped by Bowie's Jareth The Goblin King. Jareth transports her to a fantastic land with many strange creatures and perilous dangers where she's instructed to escape a labyrinth of his own creation. Should she escape, and defeat Jareth, she can have her baby brother back. The film plays like a Muppets LSD trip, and is fondly remembered by an entire generation. 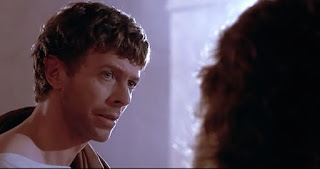 THE LAST TEMPTATION OF CHRIST
1988
Directed by Martin Scorsese

Bowie appears in only one scene, but it is a memorable one. As Pontius Pilate, Bowie lectures Willem Dafoe's Jesus about the values of telling the truth and denying his claims as being the Messiah. Frustrated and disgusted with Jesus, he walks away leaving him to his fate. 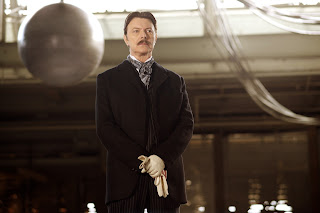 THE PRESTIGE
2006
Directed by Christopher Nolan

Rupert Angier (Hugh Jackman) is a stage magician who is obsessed with destroying the life of his professional rival, Alfred Borden (Christian Bale), seeking revenge for accidentally killing his wife during an illusion. In his quest for vengeance, he seeks out the famous Nicola Tesla (David Bowie), who he believes might hold the key to actual real "magic."  Tesla builds him a truly incredible machine, but urges Angier to never use it, but will he listen?