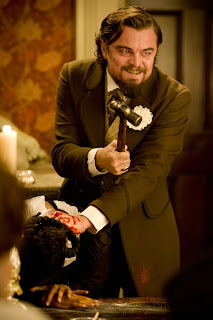 SportsGuy515 & Adolfo triumphantly return to the airwaves to bring you FORCED PERSPECTIVE, Episode 26, officially dubbed “The Biggest FORCED PERSPECTIVE of All-Time!” Join your hosts as they recap 2012 in Film with the first (and possibly only) SPEED-ROUND REVIEW of all the films they’ve seen since the last regular FP episode! After recapping their favorite films of 2012 in this week’s TOP 5 list, FORCED PERSPECTIVE begins their Road to the Oscars with OSCAR-MANIA 2013, Part 1, where Oscar-nominated films Django Unchained, Silver Linings Playbook, Lincoln, and The Master will be discussed. Plus Star Wars-Disney, J.J. Abrams, why the Academy still lives in the bubble, and MORE! OVER 2 HOURS OF CONTENT! DOWNLOAD/STREAM NOW!!!
at January 31, 2013 No comments: