The Essential Films of Carrie Fisher 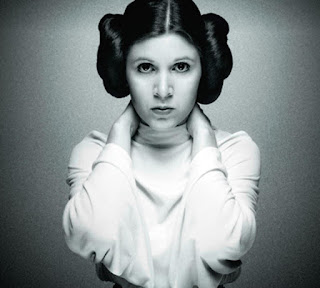 Star Wars has lost its princess. On December 27, 2016, Carrie Fisher, writer and actress forever linked to her role as Princess Leia, passed away suddenly at the age of 60.  Fisher, daughter of Eddie Fisher and Debbie Reynolds, started her life as Hollywood royalty from birth. She made a name for herself in George Lucas' Star Wars as the character that would, for better or worse, come to define her. She worked throughout the 80s as an actress, but turned her attention more towards writing in the 90s. She was a well-known script doctor that tightened many famous Hollywood screenplays including Hook, Sister Act and even the Star Wars prequels. She was an accomplished author on books such as Postcards from the Edge (for which she also wrote the screenplay) and Surrender the Pink, plus several memoirs including her final one The Princess Diarist. She was experiencing a return to the spotlight with the release of Star Wars: The Force Awakens last year, (doing the talk show circuit with her dog Gary Fisher) and has finished wrapping her last turn as Leia in next year's Star Wars installment. The following are her essential films. 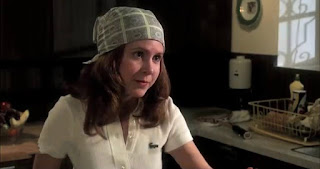 In Carrie Fisher's first cinematic appearance, she portrayed the precocious Lolita-esque Lorna Kampf, who makes the morality-deprived George Roundy (played by Warren Beatty) an offer he can't refuse. Fisher was memorable in this brief one-scene appearance. 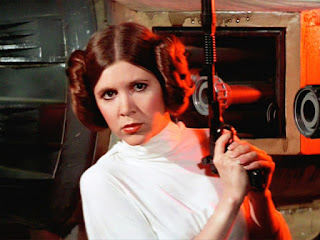 Enter: Princess Leia. In this Space Fairy Tale, Princess Leia is the damsel in the distress. Although this princess, as we come to find out, can do her own rescuing thank you very much. Fisher beat out impressive names like Karen Allen and Jodie Foster for the role. Her brash, tough as nails kick-ass warrior princess worked well in contrast to Luke's naivety and Han Solo's charming arrogance. The role would define her for the rest of her life, a fact that she had trouble reconciling but eventually came to embrace.

General Kenobi. Years ago you served my father in the Clone Wars. Now he begs you to help him in his struggle against the Empire. I regret that I am unable to present my father's request to you in person, but my ship has fallen under attack, and I'm afraid my mission to bring you to Alderaan has failed. I have placed information vital to the survival of the Rebellion into the memory systems of this R2 unit. My father will know how to retrieve it. You must see this droid safely delivered to him on Alderaan. This is our most desperate hour. Help me, Obi-Wan Kenobi. You're my only hope. 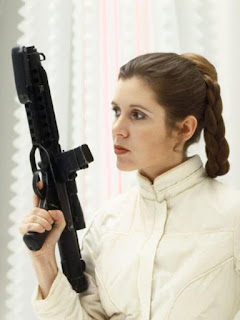 Fisher returned to the role of Princess Leia in the much anticipated sequel of the budding saga. This time, Leia is in full command of the rebellion against the Empire. After an epic battle on the ice planet Hoth, Leia orders the evacuation of her army, and escapes Darth Vader's clutches in the Millennium Falcon with Han Solo. Empire focuses on the romance between Leia and Solo, the princess and the scoundrel. After Han is captured and taken prisoner, Leia must once again save herself, escaping the wrath of Darth Vader yet again before going on to rescue Luke Skywalker.

Why, you stuck up... half-witted... scruffy-looking... Nerf-herder! 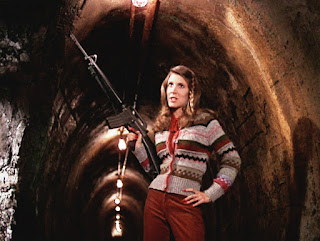 The madcap comedy features a wealth of cameos from famous musicians like James Brown, Aretha Franklin and Ray Charles, all of them with their own musical number. While Carrie's "Mystery Woman" has no musical numbers, and very few lines of dialogue, she nonetheless makes an impression in this wacky romp. Showing up at several moments throughout the film, with increasingly ridiculous weapons of war aimed at our heroes Jake & Elwood. Her true motivation is finally revealed at the end of the film as a jilted ex-lover of Jake, seeking revenge against his duplicitous ways.

You contemptible pig! I remained celibate for you. I stood at the back of a cathedral, waiting, in celibacy, for you, with three hundred friends and relatives in attendance. My uncle hired the best Romanian caterers in the state. To obtain the seven limousines for the wedding party, my father used up his last favor with Mad Pete Trullo. So for me, for my mother, my grandmother, my father, my uncle, and for the common good, I must now kill you, and your brother. 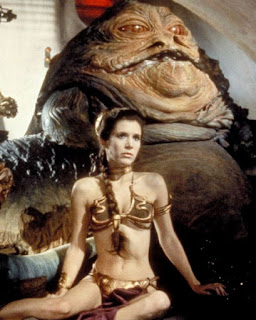 Back again for, what was thought to be the final, appearance of Princess Leia in the conclusion of the original Star Wars trilogy. Fisher cemented her place in the hearts of fanboys everywhere when she was dressed in an infamous metal bikini at the beginning of the film as Jabba the Hutt's prisoner. After escaping with the help of Luke Skywalker, Leia leads a covert mission to Endor, to blow up the Empire's shield generator (which protects the new Death Star.) After getting separated from her crew, she befriends the Ewoks, fuzzy little teddy bear like creatures who inhabit the planet. In the final battle on Endor, Leia plays a pivotal role in the fall of the galactic empire to end the saga on a high note (or until 2015.)

We have powerful friends. You're going to regret this. 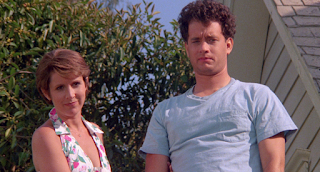 Ray Peterson (Tom Hanks) is your average suburban schlub who begins to suspect his new neighbors are a Satanic cult. Fisher plays Carol, Ray's wife, who gets fed up with Ray and his neighborhood snooping around the new neighbors' house, looking for evidence of malevolence.

- He can't come out until he resembles the man that I married.
- Carol, We don't have that kind of time. 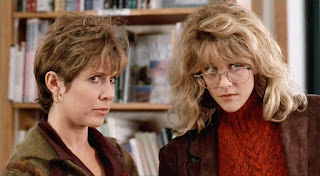 While the film is a story about the friendship and eventual romantic relationship between Harry and Sally, played by Billy Crystal and Meg Ryan respectively, both titular characters have outside friendships that are explored throughout the film. Fisher plays Marie, Sally's longtime friend with whom she confides all her relationship details about her pseudo-romance with Harry. Marie is obsessed with dating married men until a double blind date with Harry, Sally and Harry's friend Jesse. Even though Harry was initially her date, she falls for Jesse (Sally's date), and the two begin a romance, leaving Harry and Sally back where they started. Their relationship and eventual marriage forces Harry and Sally together after they drift apart.

All I'm saying is that somewhere out there is the man you are supposed to marry. And if you don't get him first, somebody else will, and you'll have to spend the rest of your life knowing that somebody else is married to your husband 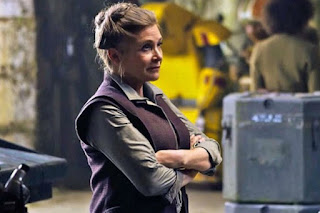 Princess Leia's glorious return to the big screen. No longer a princess and now a full-on General, Leia Organa fights the good fight, this time leading the Resistance against the Empire-like First Order. Major plot twist: Leia and Han Solo's son, Ben, turns out to be the big bad in the film: Kylo Ren. Though her screen time is limited, her on-screen reunion with Harrison Ford will jerk the nostalgia tears out of even the most cynical geek. 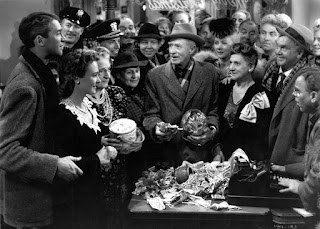 
LINKS:
Can You Survive Home Alone 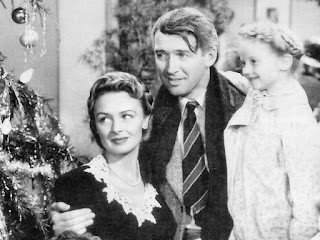 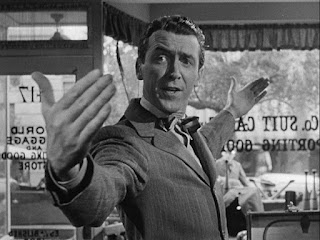 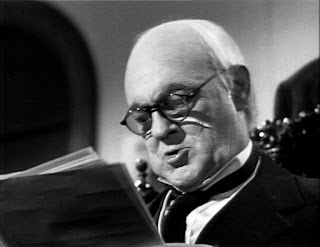 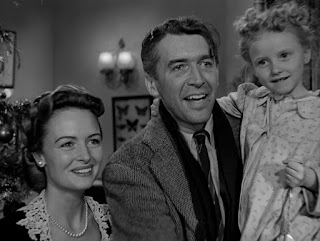 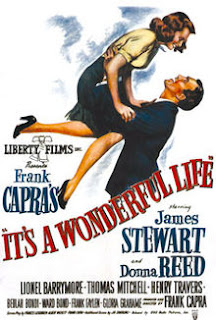 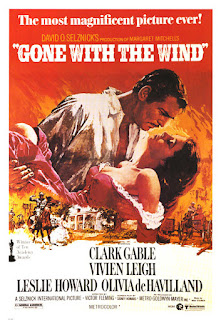 Look for it only in books, for it is no more than a dream remembered...

On today’s EPIC podcast adventure, Adolfo and Mark discuss the 1939 Hollywood classic: GONE WITH THE WIND! On today’s discussion: 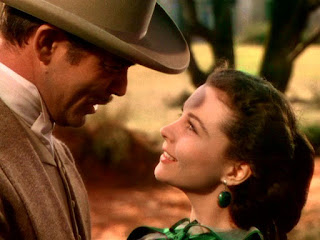 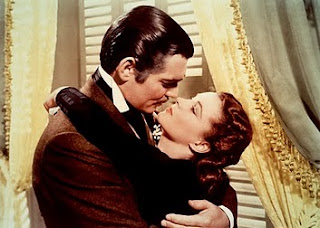 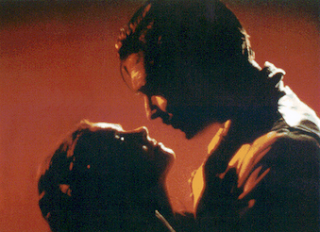 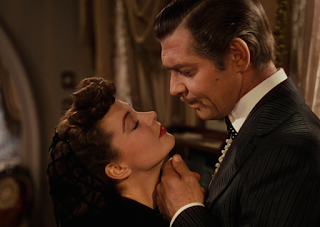 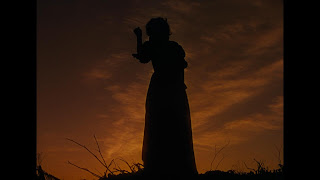 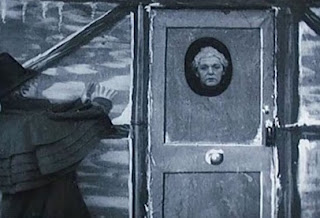