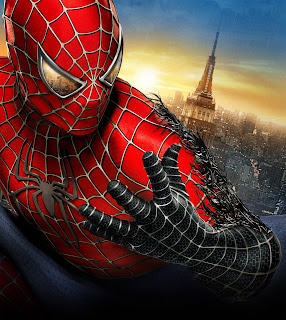 What do you get when you mix jive dancing, excessive crying, dumb scientists, Star Wars prequel bashing, and some TOE-BEE? Why, you get FORCED PERSPECTIVE, EPISODE 46 of course!

Join SportsGuy515 and Adolfo, along with special guest co-hosts BIG D and HAMZA, as they take an in-depth look at the obvious black sheep of the Sam Raimi SPIDER-MAN trilogy, Spider-Man 3. PLUS – which dancing scene was worse (sidewalk or jazz club), is dancing jive while wearing the BLACK SUIT considered racist, Peter Jackson making shit up, MILKTOAST Peter Parker (as HAMZA calls him), the greatness of THOMAS HADEN CHURCH and the butchering of the VENOM character, a rant by BIG D on the emasculation of America and how it’s ruined Dragon Ball Z, a HEADCASE story, and MORE! ALMOST 3 HOURS OF SPIDEY TALK!! DOWNLOAD/STREAM NOW!!!
at July 13, 2014 Links to this post

Please listen to our very first episode of the brand new Essential Films podcast!  The show has been submitted to iTunes, so please subscribe!