NOTE: This film is part of our ongoing "Batman on Film" series. It is not part of The Essential Films series. 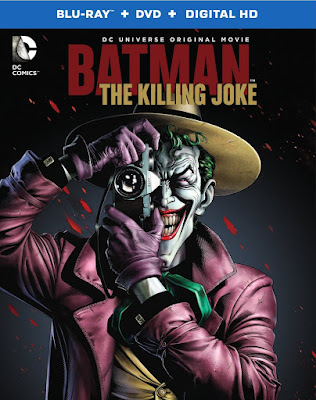 In 1988, DC Comics published Batman: The Killing Joke, a one-shot graphic novel written by Alan Moore (Watchmen) and illustrated by Brian Bolland (Judge Dredd). It told the story of The Joker's escape from Arkham Asylum and his mission to drive Commissioner Gordon mad. It's also notable for featuring the origin (possibly) of the enigmatic Clown Prince of Crime.  The comics has long been a favorite among comic book fans as one of the definitive Batman and Joker stories. The comic has influenced everything from comic books to the movies. Tim Burton has called this his favorite comic book and the influence of this story can be felt in Christopher Nolan's Dark Knight (2008.)  Warner Bros. animation has had a recent string of successes in adapting famous storylines into animated features including Justice League: The New Frontier, Superman: Doomsday, Under the Red Hood, The Dark Knight Returns and Flashpoint. It only seemed natural that they should adapt what many consider to be THE Joker story. Add to that, this is the first DC animated film to receive an R-rating and the fact that they are wading into the theatrical release pool (the film was released last night in select theaters for a limited run through Fathom Events), fan anticipation was at critical mass. So, did the film pay off?

SPOILERS AHEAD. You've been warned.

The screening began with a 10 minute documentary featuring Mark Hamill as he talked about getting his big break in Star Wars through his casting on Batman: The Animated Series to portraying Joker in the Batman Arkham video games. It was a very enjoyable short film in what will most certainly be on the Blu-ray special features.

The film begins with a storyline not from the original graphic novel. Batman and Batgirl are on the trail of Paris Franz (really) an up-and-coming gangster who narrowly slips through their fingers. As Batgirl becomes increasingly obsessed with catching Paris, Paris also becomes increasingly obsessed with Batgirl as an object of sexual desire. Batman realizes this and wants to keep Batgirl as far away from the situation as possible. Batgirl, resents Batman's over protection, and becomes frustrated with his lack of feeling towards her, especially when she harbors romantic feelings for him. This culminates in an extremely controversial sex scene, where Batman and Batgirl consummate their sexual tension. When Batman draws even further away from her afterwards, Batgirl loses her temper while apprehending Paris and nearly beats him to death. Batgirl at this point decides to hang up the cape and cowl.

It is at this point that the Killing Joke, as most comic readers know the story, truly begins in what is an almost direct adaptation of the material.  Batman arrives at Arkham to question the Joker on a series of murders, only to find that an imposter is in his place. Joker has escaped Arkham and taken over an abandoned carnival as his new base of operations. He's on a mission to make Commissioner Gordon (and Batman, for that matter) go insane by doing something so heinous, that it breaks him. After all, all it takes is "one bad day." Interspersed in flashbacks are memories from Joker's "one bad day" that broke his mind and turned him into the Joker (or so we think.) Exactly like the comic it's based on, Joker arrives at the Gordons' house and shoots Barbara "Batgirl" Gordon point blank through the spine paralyzing her. He then takes pictures of her prone, naked, bloody body and displays them for Jim Gordon's horror. Batman eventually tracks down the Joker and defeats him, and the two enemies square off one final time, but this time Batman tries to reach out and "save" the Joker's sanity. What follows is pretty much line for line the dialogue from the end of the original book.

The voice cast is very strong here. Three original animated series voice cast members return to their roles. Tara Strong reprises her role as Batgirl, and brings to life one of comics' most underrated characters. Kevin Conroy, the definitive Batman, is the gravely-voiced Dark Knight. He sounds slightly different than his Batman: TAS and Justice League days, but it's still definitely him and he brings every ounce of anti-hero menace that the audience will love. Of course, the film is all about The Joker (or it's supposed to be) and you can't talk about the cast without talking about Mark Hamill. Hamill, to me, will always be the voice of the Joker. Others have done him well, but never as good as Mark Hamill. Hamill plays him slightly differently than the TAS days. This being a darker film than the original series, his portrayal is darkly funny. But he brings a lot of empathy in the flashback sequences as well. This is an A+ performance for Hamill.

Now let's talk about THE scene. Batman and Batgirl have sex. This happens. It's obvious and there's no denying it. Now, there's no "nudity" in the scene. There's a brief shot of Barbara tearing off her batsuit to reveal her underwear underneath as she kisses Batman, and that's about it. It's not vulgar... but it's extraordinarily out of place. It almost feels like the creators wanted to justify their R-Rating and they threw in a sex scene. It's clumsy and it's very awkward, much like the Batgirl portion of the story turned out to be. Now, I love Batgirl, she is a fantastic character, and I understand the reason for adding the story to the film. By itself, literally translated, The Killing Joke is not long enough to justify a feature, so the creators padded it out with this story. MY main concern is how awkwardly it's accomplished. There is a noticeable shift as soon as her story ends and Killing Joke begins, almost like it's two different films altogether. I also understand wanting to give Barbara more depth so that her paralysis at the hands of the Joker gives the viewer a greater empathy for her. It's just very poorly executed.

Ultimately, the Killing Joke portion of the film is executed almost perfectly, but the 30 minute Batgirl mini-movie that's tied into it just doesn't flow and feels like a DVD extra. (And don't get me started on the cliche gay best friend. Yikes.) It's an interesting experiment for DC/WB and I hope this is not the end of seeing DC animated films on the big screen.

Email ThisBlogThis!Share to TwitterShare to FacebookShare to Pinterest
Labels: Batman on Film, Reviews

The Essential Films Podcast: Episode 5 - ON THE WATERFRONT (1954) 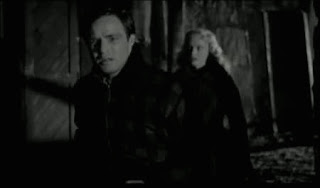 EPISODE DESCRIPTION
On today's podcast adventure, Adolfo Acosta and Mark Espinosa are a couple of bums, that were never contenders to begin with, and take a one-way trip to Palookaville in their discussion Elia Kazan's ON THE WATERFRONT.

On this show, Adolfo & Mark discuss:

• The beautiful Criterion Collection release of the film
• Our first introduction to Marlon Brando in his prime
• The masterful cinematography by Boris Kaufman
• The history of the production
• The 1999 Academy Awards where Elia Kazan was snubbed by his peers
• Elia Kazan’s ties to Communism, and his controversial testimony before HUAC
• The parallels between Kazan and Terry Malloy
• Our favorite moments
• Karl Malden: The conscience of the film
• A dissection at the “I coulda been a contender” scene
• The differences in aspect ratios in different versions of the film
• Brando and Lee J. Cobb’s powerhouse performances

PLUS side discussions of upcoming Criterion Collection releases, DE PALMA, DRESSED TO KILL, A FACE IN THE CROWD and more

SUBSCRIBE on iTunes to get all future episodes as soon as they drop! 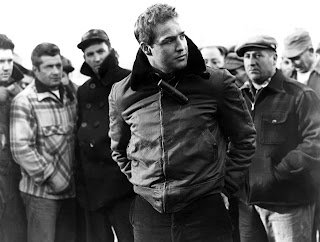 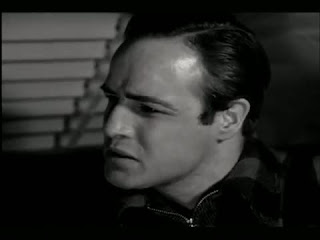 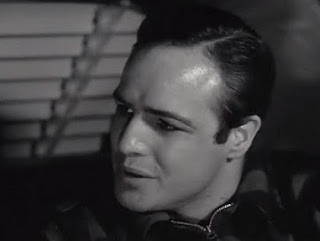 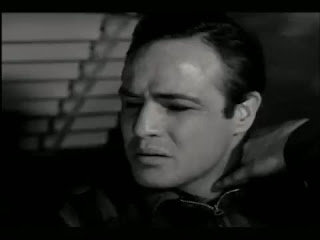