The New Superman Has Been Cast! 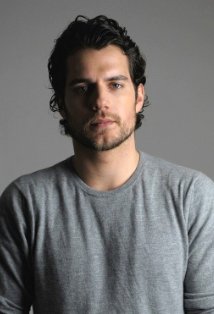 Apparently, the new Superman has been cast. No Brandon Routh will NOT be returning as the Man of Steel, and “Smallville’s” Tom Welling did not get the part either.

Instead, relatively unknown Henry Cavill has reportedly been cast to play the dual role of Clark Kent and Superman in the upcoming film, Superman: The Man of Steel. Cahill was a cast member of the Showtime series “The Tudors,” and has had smaller roles in the films Stardust and Whatever Works. He can also be seen in the upcoming film Immortals.

An interesting choice to go with an actor who’s not generally known to the mainstream audience. But it’s production team has incredible pedigree. Superman: The Man of Steel will be produced by Christopher Nolan, who we all know SAVED the Batman franchise with Batman Begins and The Dark Knight and responsible for other great films like Inception, Memento and The Prestige. Zach Snyder who has an impressive resume including Dawn of the Dead, 300, Watchmen and the upcoming Sucker Punch is attached as director. While no word yet on the story, the film is being written by David S. Goyer who gave us classics like Batman Begins, The Dark Knight, Blade II and Dark City.

Bane and Catwoman Announced as Next Batman Villains

It looks like the rumors were true. Catwoman is the villain for The Dark Knight Rises, the third installment in Christopher Nolan’s Batman franchise. Who will play Selina Kyle? None other than Anne Hathaway, mostly known for fillms such as The Devil Wears Prada, Alice in Wonderland and Get Smart.

Joining her in the cast will be Tom Hardy as Bane. Tom Hardy has played a muscular criminal before in the prison movie Bronson and was also last seen in this past summer’s blockbuster Inception.

Interesting casting choices as well as character choices from Nolan. It will be interesting to see what he does with these two characters. 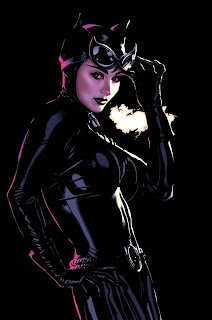 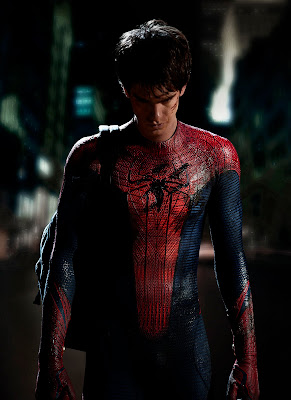 This pic of Andrew Garfield as the new heir to the Spidey throne has been released. Looks like they’ve slightly altered the costume. Not sold on this yet as Tobey Maguire was the PERFECT Peter Parker, but here you go.

Garfield gained a lot of attention with this years The Social Network, with his performance earning him a Golden Globe nomination for Best Supporting Actor.

The as of yet untitled Spidey reboot will also star Easy A’s Emma Stone as Gwen Stacy. She was sporting some blonde hair on Sunday Night’s Golden Globes Awards, so it looks like she dyed her instead of wearing a wig.

Acting heavyweights Martin Sheen and Sally Field will play Pete’s Uncle Ben and Aunt May respectively. Sheen of course is an icon having starred in films such as Apocalypse Now, The Departed and he played the President on the long-running series “The West Wing.” Field is a two-time Academy Award Winner best known for her work in Forrest Gump and Smokey and the Bandit.

An interesting casting choice of Denis Leary as Gwen’s father, police Captain Stacy. Leary, of course, blew up huge in the 90s with his foul-mouthed stand-up comedy routine and went to star in movies like The Ref, The Thomas Crown Affair, and is the lead in the AWESOME FX TV series “Rescue Me.”

The film will be directed by Marc Webb, who has thus far only had one major theatrical release, last year’s 500 Days of Summer. An interesting choice by the studio to hand their biggest property over to someone without much of a track record. But then again, Tim Burton was in pretty much the same position when he was handed Batman in 1989, and we all know how that turned out.

I love the original two Spideys (we’ll forget about that last one), so it’ll be interesting to see how this movie will follow up.