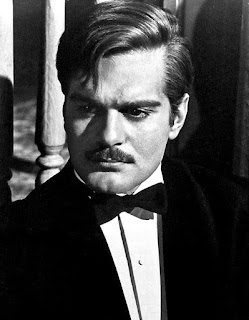 Omar Sharif, who was born as Michel Shaloub in 1932, has passed away today at the age of 83.  The Egyptian-born actor had a storied career, starting in Egyptian cinema in the 1950s and continued working until as recently as 2013.  Shaloub became a Muslim in the 1950s, changing his name to Omar al-Sharif, and in 1961 landed the role that would change his life.  That breakthrough role would be that of Sherif Ali in David Lean's grand epic, Lawrence of Arabia, a role that would earn him an Academy Award nomination and a Golden Globe win for Best Supporting Actor.  Sharif later paired with David Lean again in 1965's Doctor Zhivago, a film of equal spectacle, which would again earn him a Golden Globe for Best Actor.  Sharif would go on to play a wide range of roles including Genghis Khan and Che Gueverra as well as starring alongside Barbara Streisand in the mega hit musical Funny Girl.  Sharif would work fairly regularly over the years in films like Mackenna's Gold (1969), The Mysterious Island (1973), The Pink Panther Strikes Again (1976), Top Secret (1984), The 13th Warrior (1999) and 10000 BC (2008).  His last film was Rock the Casbah in 2013.  The Essential Films is saddened by this loss, and looks back on three of his most essential roles.  RIP.

Sharif was initially cast for a smaller role, but when casting delays for the Sherif Ali role became a problem, Sharif was promoted to the larger and more significant role. He earned an Academy Award nomination for Best Supporting Actor and won the Golden Globe for his performance in the epic film about the life of TE Lawrence. 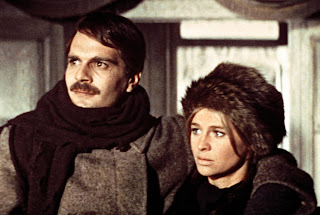 Sharif went from supporting actor to leading man for Lean's next major Hollywood epic.  Adapting Boris Pasternak's famous novel, Sharif plays the title role of a married Russian physician who falls in love with another woman while during the first World War and the October revolution. Considered one of the greatest cinematic love stories, due in no small part to the handsome Sharif and his beautiful costar Julie Christie. 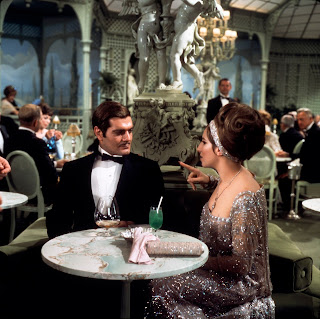 Sharif played opposite Barbara Streisand in the smash box office hit of the smash Broadway hit in Funny Girl.  Sharif was cast shortly before the Six Day War between Egypt and Israel. When Egyptian newspapers printed publicity photos of Sharif and Streisand in romantic scenes from the film, the Egyptian government actually threatened to revoke his citizenship. To quiet down the controversy the studio executives considered recasting the role, but Streisand and director William Wyler threatened to quit if they did. Thankfully cooler heads prevailed. 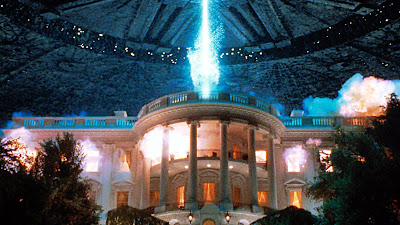 FORCED PERSPECTIVE, Episode 67 – “The Aliens are Attacking!” Join SportsGuy515 & Adolfo, along with special guest MR. EDDIE, as they record their first NON-CHRISTMAS THEMED commentary track for the 4th of July disaster CLASSIC known simply as Independence Day! Throw in your copy of the film on your Blu-ray/DVD player and follow along with them as they give their wacky insights on what is unfolding on-screen!

*Note: it is NOT REQUIRED for any listener to have to watch Independence Day while listening to this episode – the episode works with or without the film playing in the background. However, in order to get the BEST and INTENDED EXPERIENCE, the Forced Perspective team suggests syncing the episode with the film for yet another all-out WACKY DVD commentary experience!
at July 03, 2015 Links to this post