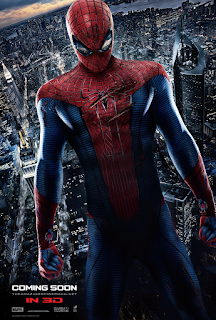 All roads lead to TERMINUS…or, in this case, the end of FORCED PERSPECTIVE’s Spider-Man retrospective!

Join SportsGuy515 and Adolfo, along with special guest co-hosts BRANDON DRAVEN and DENNIN, as they conclude SPIDER-MAN’s film history with a look back at his most recent films, Marc Webb’s The Amazing Spider-Man and The Amazing Spider-Man 2. PLUS – the fate of Sam Raimi’s “Spider-Man 4,” a lesson in film marketing, Big Wheel, Andrew Garfield the MARK, Mary Jane as a dude, Dennin’s favorite Spidey film, awesome airplane wifi in 2000, the current state of comic book films, and MORE! OVER 2 HOURS OF SPIDEY TALK!!! DOWNLOAD/STREAM NOW!!!
at August 13, 2014


On August 11, 2014, Robin Williams, an Academy Award winning actor, accomplished stand-up comedian and cultural icon, died due to an apparent suicide attempt. He was 63 years old.  Williams was a rising stand-up comedian before rocketing to fame on the sitcom "Mork & Mindy" in 1978.  His film career took off shortly afterwards, beginning in films like Popeye, The World According to Garp, finding critical acclaim in Good Morning, America and Dead Poets Society and reaching a new audience in children with films like Aladdin and the Night at the Museum series. In 1998, he won the Academy Award for Best Supporting Actor for Good Will Hunting.  In this article, I'd like to pay tribute to his great career and listing his essential performances. 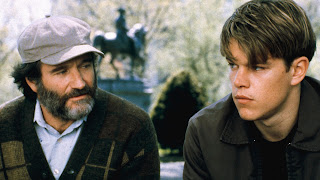 Probably the highlight of Williams' career as it earned him an Academy Award win for Best Supporting Actor. Williams played Sean Maguire, a therapist assigned to help Matt Damon's titular Will Hunting's life. Williams tragi-comic performance is especially poignant when considering the circumstances of his death. 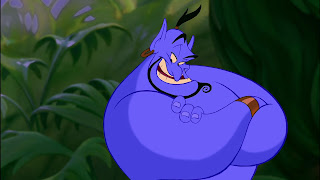 From a box office standpoint, Aladdin certainly qualifies as Williams' most successful of all time.  Aladdin was not only a highly profitable and entertaining film, but changed the industry of voice acting forever. Not only did Robin Williams create a lasting character in the genie, but after his performance, most major animated studio films recruited top names as voice talent. No one has ever reached the heights of this performance however. 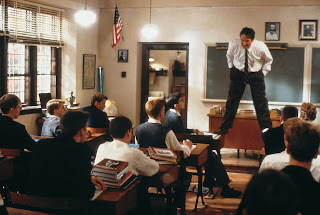 Admission time. I don't particularly like this film. In fact, I intensely dislike it. However, no list of Essential Robin Williams performances can be complete without it. The film, which features Williams as an English teacher at a stuffy preparatory school that inspires his students through poetry. The film earned Williams an Academy Award nomination. Social media lit up with "O Captain, My Captain" upon the news of Williams' death. While I don't like the film, I can appreciate that an entire generation was inspired by this film and his performance. 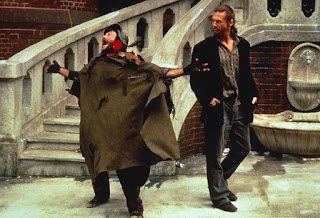 In another tragic/comedic performance, Robin Williams plays Parry, a deluded homeless man that's dedicated to finding the holy grail.  He's befriended by Jeff Bridges, who plays a shock-jock radio host racked by guilt because his words inadvertently inspired the suicidal gunman who killed Parry's wife.  Williams plays Parry as completely unhinged, and was given plenty of opportunity to chew the scenery. But in the quiet moments of his depression is when we feel for the character most. 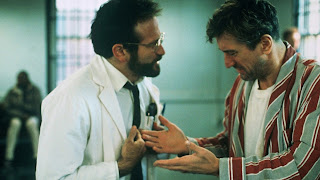 Playing against type, Robin Williams is Dr. Malcolm Sayer, a doctor assigned to a mental ward of catatonic patients. Trying anything to break them out of their state, he gets permission to try a chemical cure on one of his patients, played by Robert DeNiro. The treatment works, if only temporarily, as Williams and Deniro form a close bond throughout the film while Williams' character tries to find a more permanent cure for his patients. 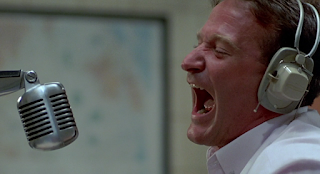 Robin Williams plays Adrian Cronauer, a comedian sent to Vietnam to try and entertain the troops and lift morale through his morning radio show, which always opens with his signature "Gooood morning Vietnam!" greeting.  Cronauer succeeds in lifting the spirits of the troops, at the expense of lampooning the war, much to his superior's chagrin. He meets and falls in love with a local Vietnamese girl, who shows him the horrors of the American military campaign in Vietnam. 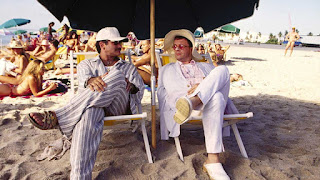 A film ahead of its time in acceptance of LGBT marriage equality, Robin Williams plays Armand, a gay nightclub owner married to his long-time partner Albert (Natan Lane.)  When his son, Val, shows up with news that he's getting married to the daughter of a right-wing conservative congressman, Armand must upend his whole life to try and prove to the congressman that they are an all-American "normal" family.  Albert throws a wrench in the plans by showing up in drag in attempt to fool the girl's parent into thinking he's Val's biological mother.  The farce is a remake of the French film La cage aux folles, and Williams and Lane's comedic chemistry make it a modern comedy classic. 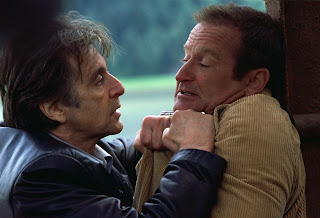 In Christopher Nolan's remake of the 1997 Norwegian thriller, Williams plays Walter Finch, a crime fiction author living in Alaska under investigation by Al Pacino's Will Dormer.  The film plays with the "midnight sun" months in the northern part of the globe, causing Dormer endless insomnia (or is it his conscience that's actually causing it?)  Williams plays against type in this psychological drama. 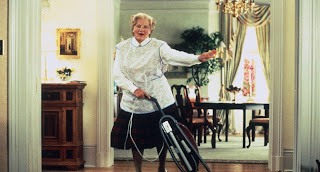 A role tailor-made for Robin Williams, and one of his most famous roles. Williams plays Danielle Hillard, a divorced dad that would do anything to regain custody of his children. Anything including dressing up as an English nanny so he can visit his children right under the nose of his unsuspecting ex-wife.  Williams' wide range of bombastic tendencies were a perfect for this broad comedy... and it remains a much-beloved American film. 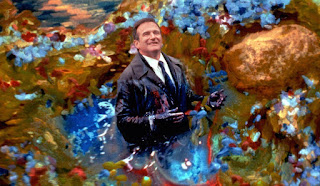 WHAT DREAMS MAY COME
Vincent Ward
1998

The saddest film on the list, in terms of subject matter, in light of the details surrounding Williams' death.  Williams plays the recently deceased Chris Nielsen, who is getting used to his new home in his personalized Heaven. However when he finds out that his clinically depressed wife committed suicide, he literally journeys to Hell to save her soul.