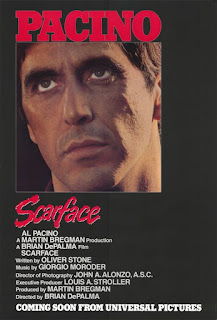 Say hello to my little friend!

On this VERY SPECIAL episode of FORCED PERSPECTIVE, SportsGuy515 and Adolfo begin a brand-new mini-series known simply as MY FAVORITE FILM. For this first entry into the mini-series, the duo are joined by special guest BIG D as they thoroughly discuss and dissect SportsGuy’s all-time favorite film – from 1983, the gangster classic, Scarface. PLUS:

-The appeal of not only the story of Scarface, but the character of TONY MONTANA himself.

-How this film saw the birth of the phenomenon known as “Loud Al Pacino.”

-The film’s reception among the Hispanic/Latino community, and the “accuracy” of Pacino’s accent.

-How the opening interrogation scene is one of the most perfect intros for a character in film history.

-The infamous CHAINSAW SCENE, and what you think you see vs. what you actually see.

-The incredibly fun SCARFACE: THE WORLD IS YOURS video game.

-The (seemingly apparent) incest undertones of Tony and Gina’s relationship.

-A quick production history of the film, including its battle with the MPAA over its initial X RATING.

-The best way to watch Showgirls (according to Adolfo) is…

-The legacy of Scarface

OVER 2 HOURS OF AWESOME SCARFACE DISCUSSION!! REMEMBER TO NOT GET HIGH ON YOUR OWN SUPPLY, AND INSTEAD DOWNLOAD/STREAM NOW! 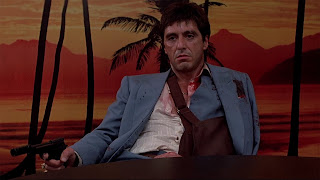 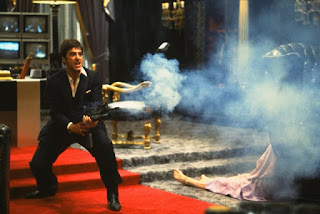 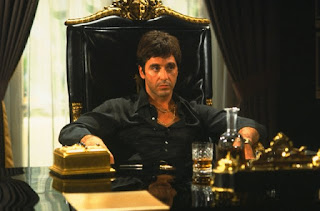 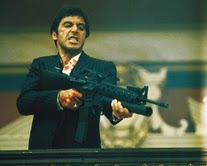